The Consumer Electronics Show 2022 (CES 2022 for short) ended in Las Vegas. In 2021 it was held completely online, but this time the real pavilions returned. However, in a severely reduced format: in the U.S. there is a new wave of coronavirus, so some participants held presentations remotely, and the event itself ended a day earlier than planned. Announcements were made by Google, LG, Samsung, Asus, Sony, and other major corporations. But in this article we have collected the devices and technologies presented at CES that may be of interest to gamers.

The Razer Enki Pro HyperSense is a chair that tilts and vibrates to the beat of the gaming event.
At the base of the chair is a motor that transmits jolts and swaying to the seat at a force of 1G. Something similar happens in D-Box chairs installed in “5D movie theaters” – Razer collaborated with just that company to create the novelty. The movements respond to events in games: Razer claims compatibility with more than 2,200 games, movies and music tracks, including Forza Horizon 5, Assassin’s Creed Valhalla and F1 2021. The response time is 5 ms. It is known that Cooler Master is working on a similar chair, also in conjunction with D-Box. 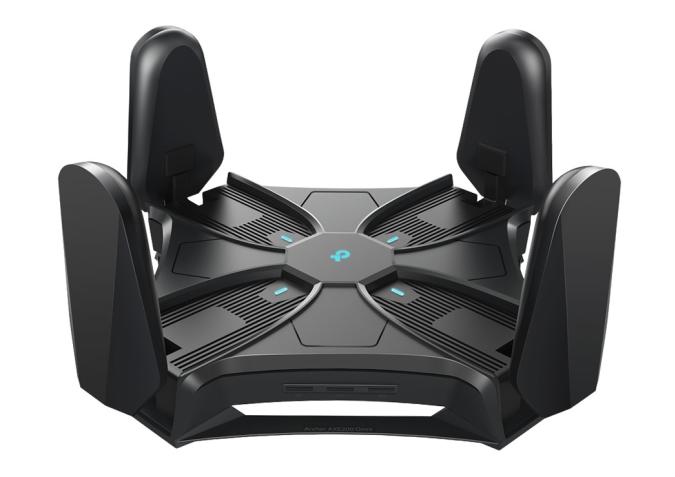 Computer and telecommunications equipment manufacturer TP-Link presented a prototype of the Archer AXE200 Omni WiFi router. The router is equipped with four “smart” antennas that automatically unfold and rotate to catch the best signal.
The device supports Wi-Fi 6E. This is the modern wireless standard: it uses not only the standard 2.4GHz and 5GHz frequencies, but also 6GHz, so it provides better bandwidth and faster speeds.
The router is also equipped with one Ethernet connector with support for speeds up to 2.5 Gbps, and the price is planned to be announced in the second quarter of 2022.

It is claimed that the presented CPUs consume 30% less power compared to their predecessors. Laptops with these CPUs are capable of 24 hours of video playback on “one charge”. The AMD Ryzen 6000 processor is 11% more powerful in “single thread” and 28% more productive in multi-threaded mode compared to previous generation CPUs.
AMD Ryzen 6000 chips (Zen 3+ architecture) are manufactured on 6nm process at TSMC facilities. They support PCIe 4.0, USB 4 and DDR5 RAM, and integrated graphics (RDNA 2 architecture) in these processors is able to “pull” games in 1080p resolution.
The latest CPUs are said to consume 30% less energy compared to their predecessors. Notebooks with these CPUs are capable of playing back videos for 24 hours on “a single charge.

The $899 device allows you to easily turn any space into a Full HD (1080p) screen. The novelty weighs about 830 grams, has the most fashionable design, custom cases and knows how to screw into your chandelier.
The Freestyle can automatically correct keystone distortion and align images based on advanced technology. The device is capable of automatically adjusting the screen to any surface up to 2 meters in size. All this works based on Samsung’s Tizen-based Smart TV.
In addition to its main function, it has several additional functions. In particular, the device can replace a speaker and a lamp. A lens cover turns the Freestyle into a colorful permanent light source. An optional waterproof case and portable battery will provide protection and power.
Samsung says the Freestyle is also compatible with USB-PD and 50W / 20V or higher output. There’s also an adapter that lets you plug the device into an E26 outlet. As for sound, the company promises 360-degree sound — and it will somehow synchronize with the aforementioned backlighting.
Unlike conventional rectangular projectors, Freestyle’s universal stand allows you to rotate the device up to 180 degrees, allowing you to show video anywhere – on tables, floors, walls or even the ceiling – no separate screen is required.
It’s already available for pre-order in the U.S. and will be available in other global markets at a later date. 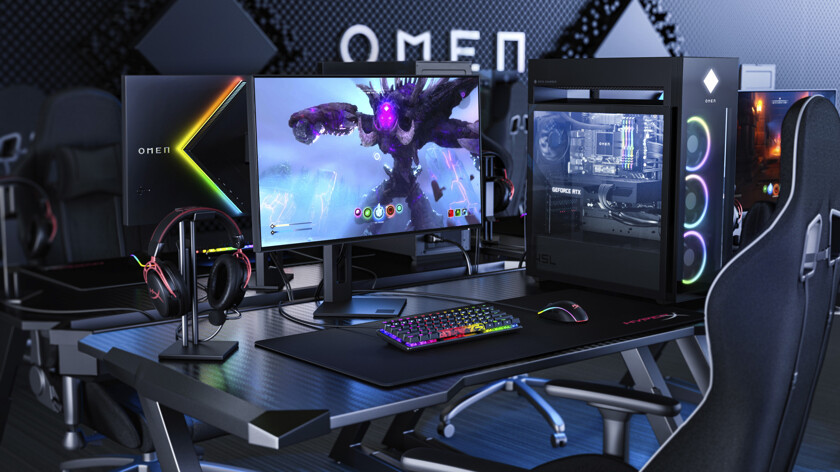 HP Inc. unveiled a new line of gaming devices: the Omen 45L desktop and the updated Omen 25L, as well as a desktop in a compact case Victus 15L and the first gaming monitor HP with support for next-generation gaming consoles – Omen 27u 4K. In addition, the company has updated the Omen 16 and 17 laptops.
The Omen 45L desktop model stands out with a patented CPU cooling solution called the Omen Cryo Chamber. The compartment with it is raised above the internal contents of the case by 43 mm, and liquid cooling systems with three fans (360 mm) can be installed in it, which allows CPU temperature at full load by 6°C compared to the same model without Omen Cryo Chamber. At the same time, this system receives air from the outside, rather than sucking in the air that is actively heated by various components inside the case.
The younger model of the Omen 40L desktop will suit those who prefer the traditional design. In addition, it is slightly smaller due to the fact that it does not have the new cooling system on board and has only one fan (120 mm).